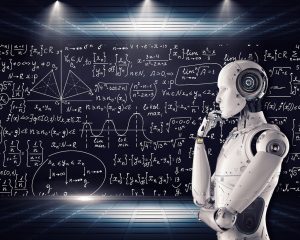 By 2020, 85 percent of interactions with customers will probably be will be handled by artificial intelligence, according to the 2019 Gartner, Inc. CIO Survey. The survey suggests most of the remaining 15 percent of customer service positions will vanish by 2031.

In just four years, the number of organizations using AI has jumped from ten percent to 37 percent, according to the survey. That’s a 270 percent increase with the rate of growth tripling in the past year.  The Gartner survey includes data collected from more than 3,000 organizations in mix of industries from 89 countries.

With AI steadily advancing so steadily in industries worldwide, how do you prepare for the job skills of the future and what fields should you avoid? Here are seventeen career fields that may be automated soon.

So where does that leave you? While many of these jobs won’t disappear entirely, they will change in focus and skillsets needed.

“If a typical person can do a mental task with less than one second of thought, we can probably automate it using AI either now or in the near future,” Andrew Ng, Stanford Professor wrote in the Harvard Business Review. If this describes your job or future position, it may be time to look into other career skills.

So what skills should you develop?

So far, AI is not good at tasks that require distinctly human skills such as: empathy, strategic thinking, management, direct interpersonal contact with people such as childcare and social work, compassionate communication, creativity, strategic planning, “out-of-the-box” thinking and dealing with unique and unexpected tasks. In your future tasks, aiming to develop your soft skills and find the “human touch” may be your best bet to ensure your future job access.