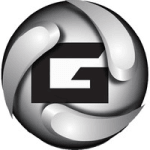 Products: Computer Software
Company Overview: Gamelon is an Android developer that has been active since 2013. The current app portfolio contains 22 apps, most of which are games. Overall, we estimate that Gamelon’s apps have collected about 9 million installs, 40 thousand of them in the last 30 days. Some important apps are The Last Hero :Achilles, Ramayana 3D: 7th Avatar, Animal Run – Rooster, and Football 2017. All of them have been installed more than 1 million times
Keywords: Unity3D
Business Genre: Application Development
Country: Inde
ViewFlag Listing